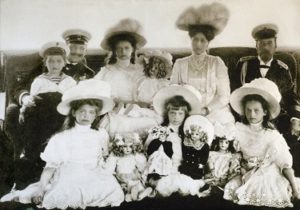 The last Russian emperor Nicholas II family had left a significant mark in the history of our country.
Cultural atmosphere in the royal family, especially the manner of educating their children is a question of great importance in our days. The rich cultural legacy of that period is reflected in its artefacts of the past; they are the toys that surrounded the children of Nicholas II from the very first days of life.
The children of Nicholas II spent most of their lives in the Alexander Palace at Tsarskoe Selo. Since 1904, it has become a permanent residence and favourite home of Emperor Nicholas II, who was born here in 1868 and treated Tsarskoe Selo with particular warmth. Here passed the last 13 years of his reign; from here on the morning of August 1, 1917, the imperial family was sent into exile in Tobolsk. During the reign of Nicholas II, the second floor of the palace was a residence of the Grand Duchesses Olga, Tatiana, Maria, Anastasia and Tsarevich Alexei. Here were their bedrooms, as well as the playroom of the heir. It was there that the richest collection of toys belonged to the royal family was placed: in the playing room of the heir as well as in the rooms of the younger princesses.
All items related to the imperial children were almost completely lost.
Knowing this, Svetlana Pchelnikova has initiated the project of historical reconstruction of the Collection of dolls and toys from the Alexander Palace. Svetlana is a famous Russian artist and a researcher in a field of art dolls history. She is also a publisher of the magazine "The World of Art Dolls" and a member of the British Doll Association BDA, a member of the NIADA National American Institute of Doll Artists, publisher, collector and an antiquarian.
Thus, the project " Restoration of The collection of dolls and toys belonged to the imperial family children" was launched. 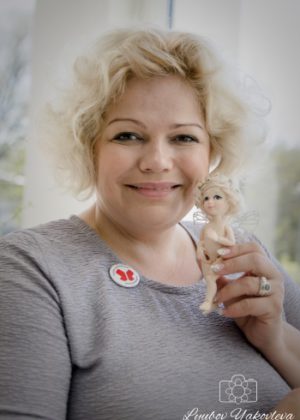 Svetlana Pchelnikova is the winner of the Russian Federation Culture Prize in 2016.

The awarding ceremony for the winners of the annual National Award for the services and achievements in the field of culture was held on April 12, 2016, at the White House, Moscow.

We invite you to visit our nearest event in Moscow!